↓
Home→blog→Why You Should Never Stop

I was called into the Gospel ministry as child but didn’t want to be a minister.  I used to pretend to preach before a congregation when out in the woods alone.  As I grew up, I used to watch preachers for their technique and deliver.  The Message was secondary.  I got that through self-study.  As I approached my teen years, I still didn’t want to be a minister.  I tried to do everything I thought was tough.  I joined the Marines at 16 and had to wait till high school graduation to go in with my parents’ permission at 17.  In the military, I was often the one that my peers confided in, trusted, and shared personal struggles.  This continued while I was in while at the same time, doing as much as I could not to be holy.

I had some grand moments during my growth though.  I witnessed to a fellow Marine, and had him give his life to Christ while we were stationed overseas.  I forgot about the event until a few years ago he called me to share that he has traveled around the world with his family as a missionary.  Now as a working pastor, he has done amazing things for the Kingdom of God.  Only God can do that.

God can make a straight line with a crooked stick. – Rev. Kenn Blanchard

I asked the Lord to help me with communications and He gave me the ability to learn almost any language super quick.  The kid that stuttered, mumbled and hid in his artwork can pick up a language almost instantly.  Only God will do that.

I discovered podcasting in 2007 and started using it as a hobby to stay in touch with people in the gun community I had met from 1991 on as a gun rights activist and author of a book called Black Man With A Gun.  Being a part of the gun rights argument was a training ground for politics, sociology, faith and social media.

At one time I was the most famous person of color in the gun rights community.  It had many negatives.  I published a book talking about gun rights.  When I accepted my Call to ministry, it was after I was known internationally as the Black Man With A Gun, church elders were against it (to say it mildly).  In their closed conversations, I was a killer, a hired gun, not ministry material.  My pastor at the time had to fight for me.  On my day job at the time I was also a trainer of law enforcement, served on protective detail for the Intelligence Community and traveled the world during executive protection.

Ten days after my initial sermon, the world changed with 9/11.  Security was forefront on everyone’s minds.  I was not such an enigma.  As a podcaster, I tried many things over the years.  I have kept up with trends and learned best practices.  Today that podcast is almost at 2 million downloads.  It is international.  It has put me on television, radio and four documentaries.  I have learned that preaching and defending the Gospel is easier than defending the US Constitution.  It has been tough.  There have been many times when I asked God if I should quit being the Black Man With A Gun.  His answer has been not yet.

As a minister, I was called to Pastor and used my notoriety to reach men like me.  I appeal to men that believe in Christ but not traditional church.  Motorcyclist, law enforcement, military, gun owners are some of my target audience I have been able to reach.  Through the podcast I have helped four men now, that were contemplating suicide.

Because of that podcast, I created a ministry specifically for this group of “wilderness” dwellers like me called the Speak Life Church.  The podcast has become a nonprofit online church now.  I have established it so that I can travel and do pastoral things without the restrictions of a church board, etc.

With God All Things Are Possible.

The SpeakLifePodcast.com is amazing.  It is only a year old as of 2019.  It has given me the template along with my experience in podcasting that I wouldn’t have gained if the Lord had told me to stop to grow.  This website, apostle radio.net is being created to give ministers and pastors interested in podcast a coach, a producer and a platform to spread the Gospel as Jesus commanded in the Great Commission.

Go therefore and make disciples of all the nations, baptizing them in the name of the Father and the Son and the Holy Spirit, teaching them to observe all that I commanded you; and lo, I am with you always, even to the end of the age.”  Matthew 28:19-20

Rev. Kenn Blanchard is an ordained pastor and the founder of ApostleRadio. 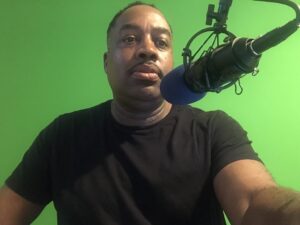